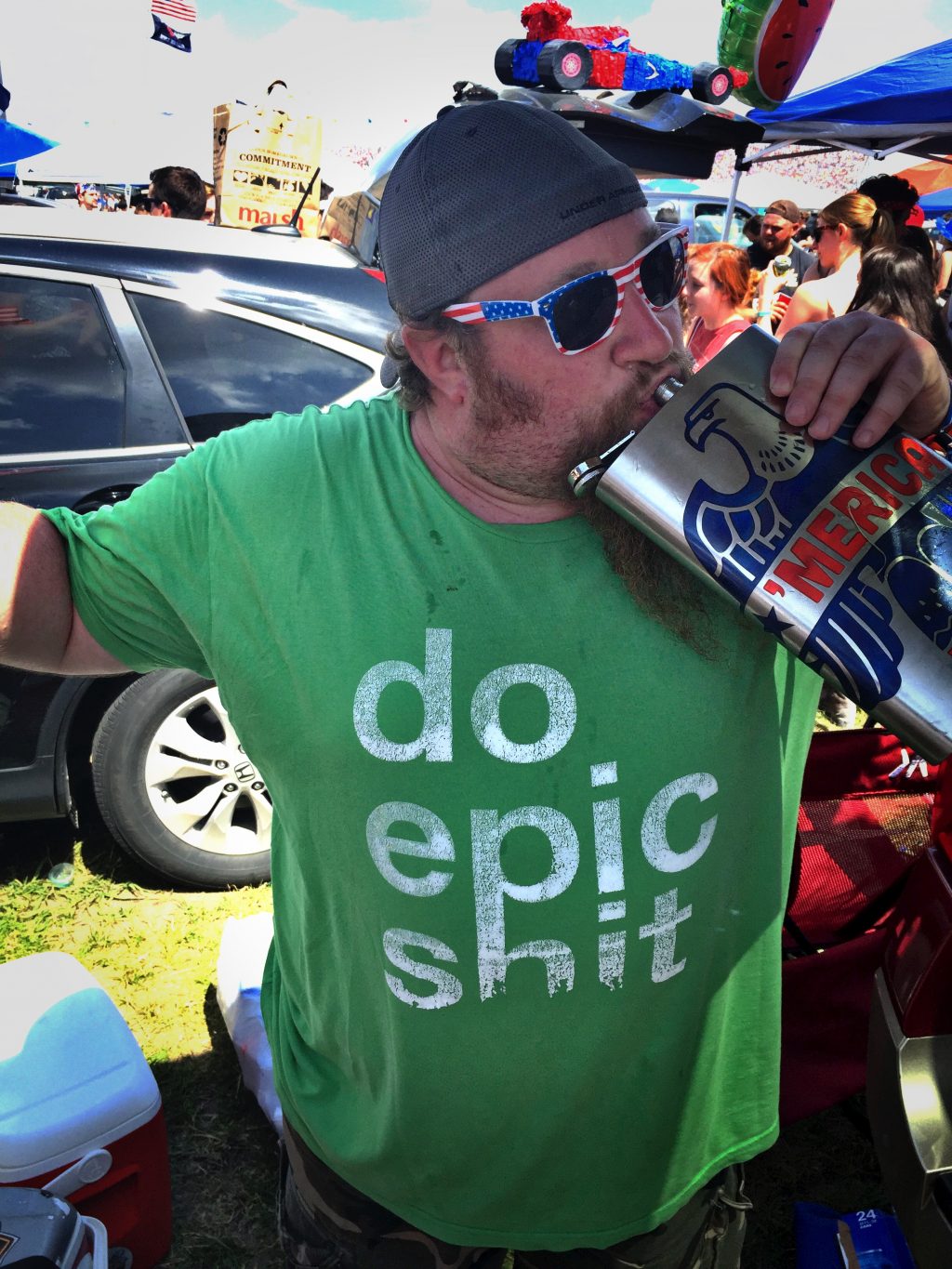 What can I say other than that this was one of most amazing and unique sporting events I’ve ever been to. Really, nothing compares. We started out waking up at 7:30am to make sandwiches, pack snacks, water, and of course… plenty of beer.

Granted it’s a bit of a long walk from the RV lot into the infield, but you can’t even image the crowds of people making the trek. People walking carrying coolers, kids, giant flags, bags of food, signs, even peddi-cabs and Ubers picking people up just to take them from wherever they’ve parked into the speedway itself.

We decided to load up our 3 backpacks of beer, food and camera gear and head out for the hike… of course with roadies in hand. Nothing says ‘Merica more than drinking a PBR for breakfast while walking down the middle of a public road and pounding the end of it right in front of three county sheriffs so we could responsibly drop our empty beer cans in the recycling bin before walking through the gates. Mind you, it’s not that you’re not allowed to be drinking on the way in, plenty of people were, we just wanted to have our hands free to help security check our bags so we could get inside faster!  😛

It was only after passing through the gates, through the tunnel to the infield and out the other side that we began to see what utter mayhem was really going to look like for the day. With 350,000 tickets sold, not an empty seat in the place and barely any room to even stand on the hill to watch the race, we knew it was going to be a crowded LONG day, so what better way to handle it then immediately starting to play flipcup?! 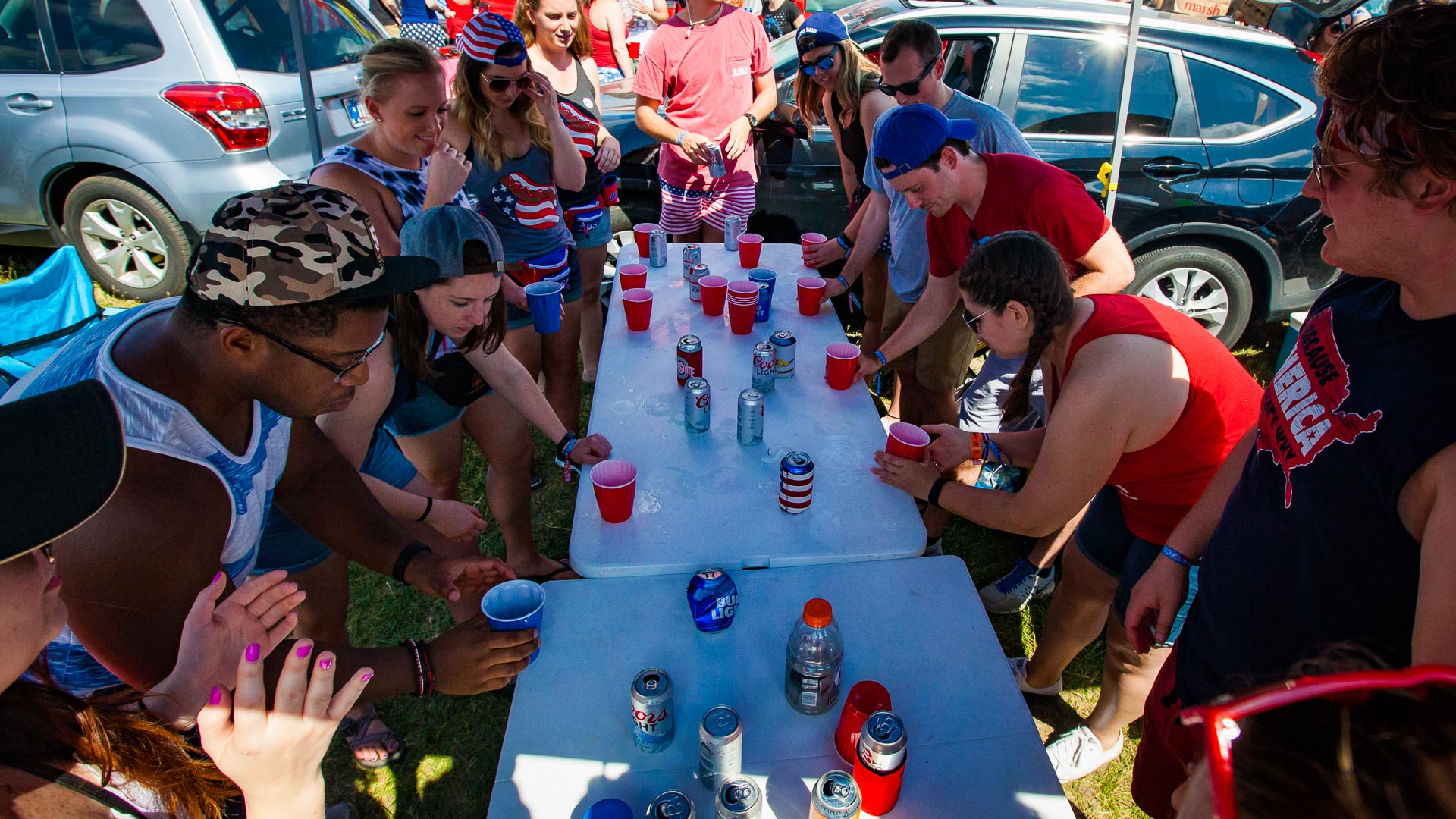 Of course, after enough beer pong and flipcup, eventually we remembered “Hey, the race should be starting soon right?” Yeah, seriously, this was all happen BEFORE noon before the race even started. So we made the trek through the infield over to the hill in turn 3 and got a good spot right up top to watch the start of the 100th running of the Indianapolis 500! Holy HELL those cars are fast!!

Then of course, post race start… time to head to the SnakePit while Skrillex was still on. If you’re looking for a bonkers EDM show in the middle of pure mayhem, THIS is your spot to be. It’s crowded, it’s hot, the music was amazing, the people were cool as hell and I already can’t wait to go back. I’ll leave you with this last little preview of the craziness we were in the middle of and I promise, I’ll have the rest of my pictures edited and posted on Facebook soon!

Read more about our trip: https://l.casta.no/indy500blog