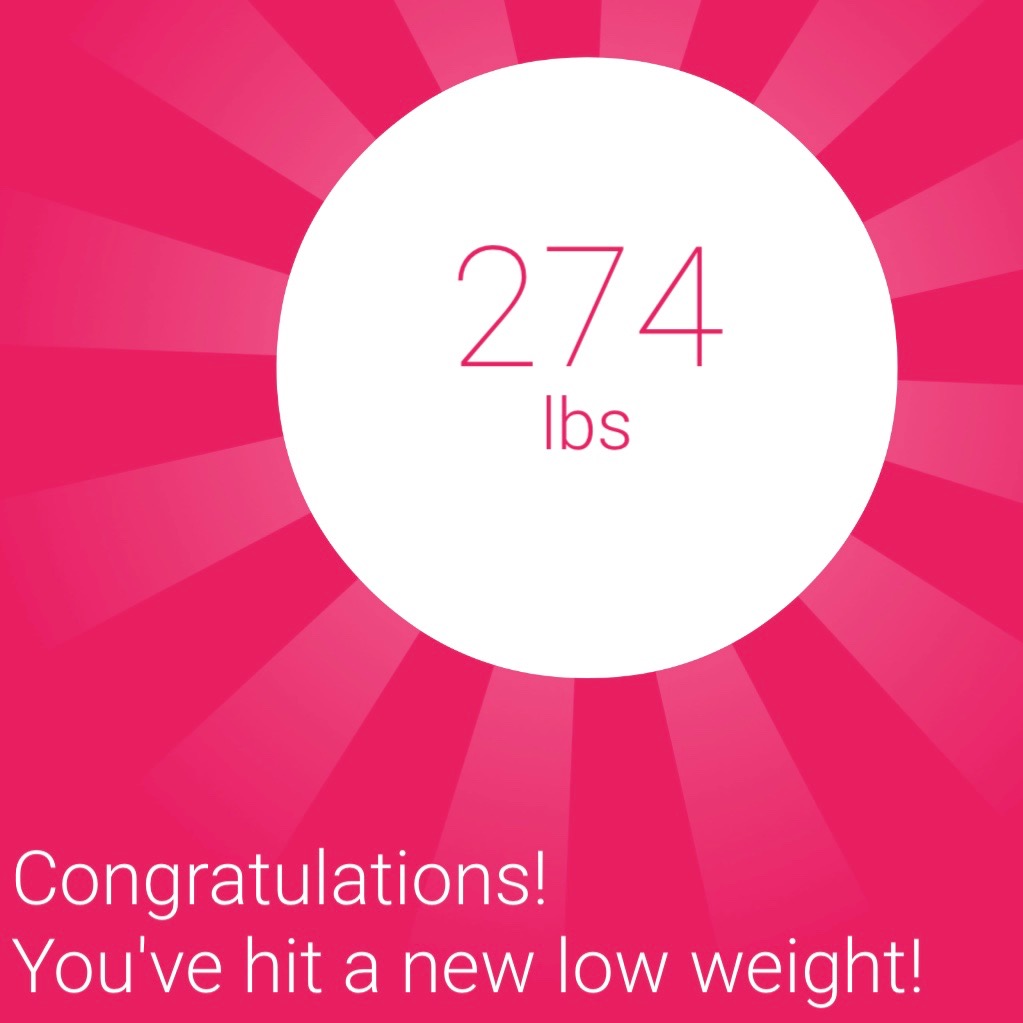 As some of you remember, a few weeks ago I decided that while I’m on my way to my goal of being under 250 pounds for my cousin’s wedding in July, I also wanted to reach a smaller quicker goal of getting under 280 pounds before going to Gold Cup this year. If you don’t know what it is… basically it’s a big horse race in Virginia, if you’d like to know more… click the link! 😛

Well, after some pretty solid bike rides, I’ve managed to make it. Granted Gold Cup is actually tomorrow, and I’ll surely being doing a little workout at home in the rain today and weigh-in tomorrow morning before leaving, but the amazing part is, as I mentioned before, I actually reached my goal of 280 pounds LAST Saturday a full week early and decided to just keep going and push through and see how much extra I could squeeze in before leaving. As it turns out, I was able to do a lot more than I thought. This morning’s weigh-in put me at exactly 274! Not only is that 6 pounds lower than my initial goal to get to Gold Cup, but it’s already halfway to my goal of 250 by July. That leaves me with 59 days to go and 24 pounds to lose.

As long as I’m able to keep grabbing Capital Bikeshare bikes at least a few times during the week and keep up these 10+ mile rides, for the first time in a while, I really think I can do it!

P.S. Just one more little graph that I thought was interesting. Here’s what my weight-loss progress looks like since I decided to go for this 280 pound goal: 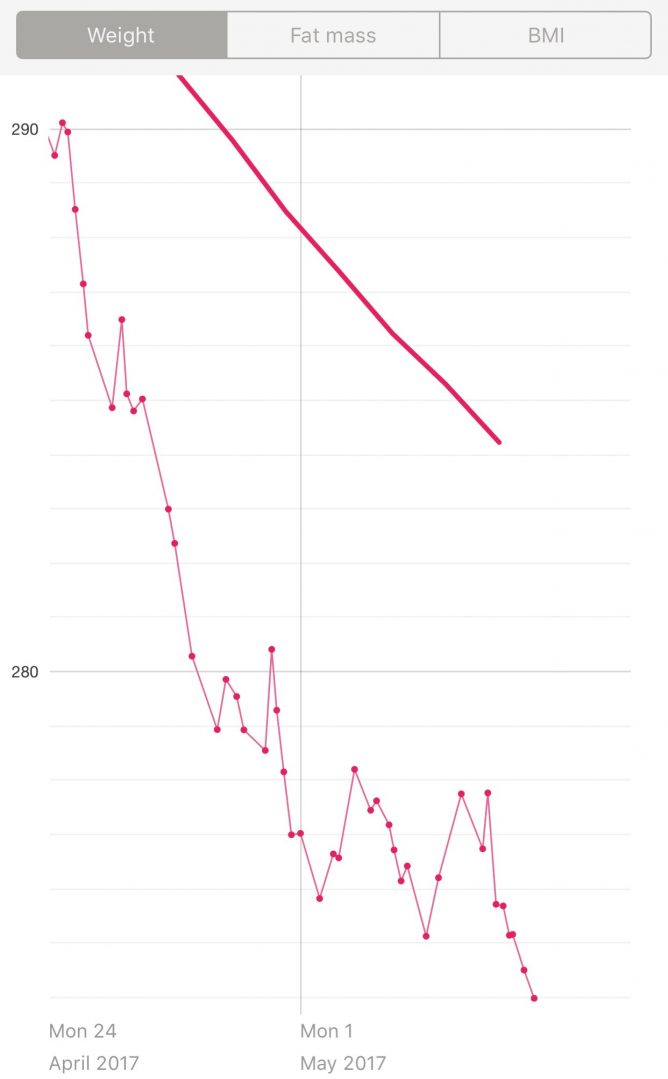