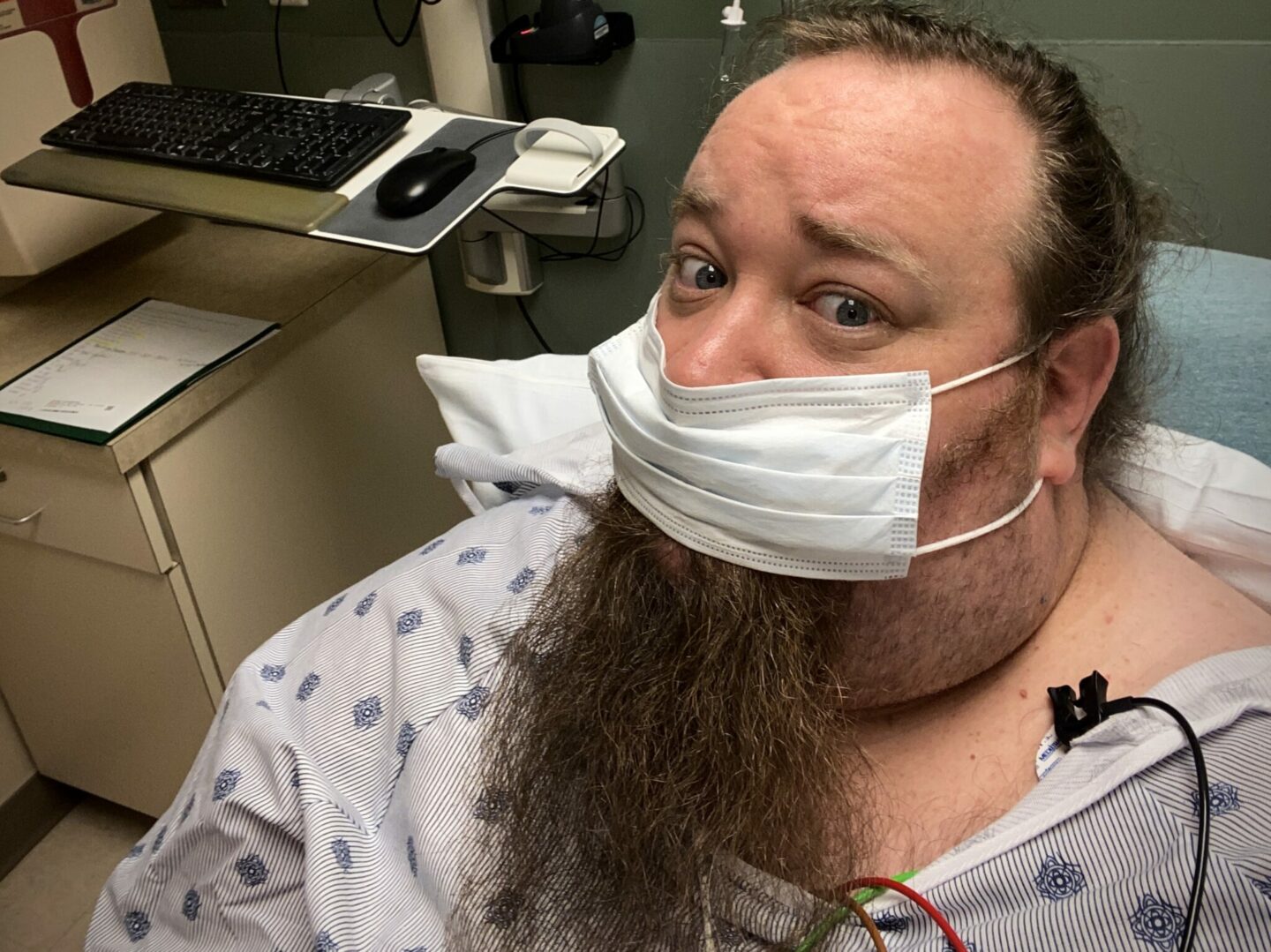 As some of you might already know, maybe some even noticed… I’m fat. It’s been a strange past few years and I surely haven’t made my personal health anywhere near the priority it should have been. By the time I did, I had gotten myself into such a mess that I didn’t know how to get out. I’ve put in huge amount of time working out and eating right and absolutely have lost weight in the past. My biggest problem is that I’ve also spent a huge amount of time eating too much, being entirely too sedentary and allowed myself to gain back everything I’ve ever lost and more.

I’ve finally gotten myself to a place where it’s become dangerous. I’m 41 years old, Over 350 pounds and at this point even when I try to workout I end up being in pain long before I actually burn any real calories. Things finally got scary for me about 18 months ago when I wound up in the hospital due to the first, and only, migraine I’ve ever had. I was terrified. I was sitting in an emergancy room bed while the doctors started doing tests to make sure I wasn’t having a stroke. When I asked why this was happening they carefully explained to me that because of my age and weight my risk of having a stroke was greatly increased.

To make a long story short, after 3 days in the hospital, just before being discharged I had a conversation with the doctor who had admitted me. He explained that it wasn’t his area of expertise and that it was something I should talk to my regular doctor and my family about, but in his opinion, weight-loss surgery might be a great idea for me.

I took some time to relax after getting home, made my follow up appointments and started the process of getting my physical health back in order. I did a ton of research and surely spent plenty of time thinking that I should just go back to a solid diet and take the same route I had before. Seems pretty stupid right? Why would something I’ve done at least 3 times before end any differently this time? Eventually… I got to the place where I know it wouldn’t.

So here I am. 41 years old, over 150 pounds overweight and at John’s Hopkins University Hospital ready to have weight-loss surgery. This is something I’ve been working towards for an entire year. It’s hard to really keep my mind straight at the moment. I’m both terrified and excited. I’m terrified because this is actually the first surgery I’ll ever have… and its a bit of a strange concept to think that I’ve walked into a hospital so a surgeon can stab me a few times and steal a good portion of one of my internal organs. However, at the same time, I’m excited that this will be the beginning of a long overdue change in my life. A change in eating habits, a change in physical activity, and overall the first step on the path toward greatly improving my physical health.

I will, of course, let everyone know how I’m doing… but if you’ve got a spare minute or two, cross your fingers and wish me luck!

3 thoughts on “Think, Wish, Or Pray – Time To Get Out Of This Mess”