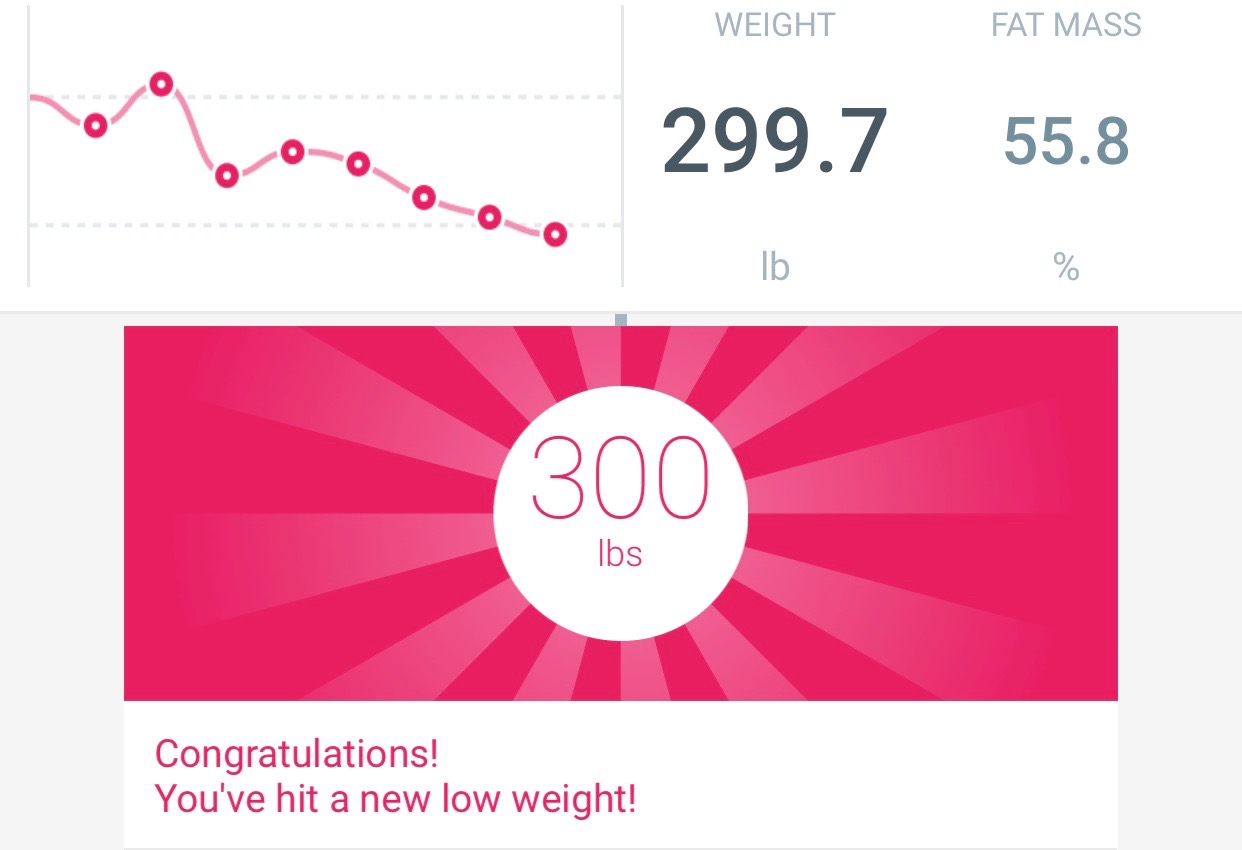 I know some of you saw the picture to the right posted about a week ago, in fact, it was the morning of my 38th birthday. So while I was excited to reach my initial goal of getting out of the 300 club, I knew it was going to bounce back up since there was no way I was following all the rules on, basically, The Ultimate Cheat Day, a.k.a my birthday. I did however promise a full blog post and an update of where I’m at. So, here it comes, with a few slight exceptions which, I think you’ll see after reading, are pretty fair.

So again, of course, you’ll see by the graph below, right after my birthday night, and the day of hungover “I think I’m gonna die” eating that needed to happen to recover. As quickly as I got myself under 300 pounds, I bounced right back up… and decently back up as well, to 305.3. THATS a lot of drinking and eating in two days. Enough so, that it took almost an entire week to make it back to where I was! 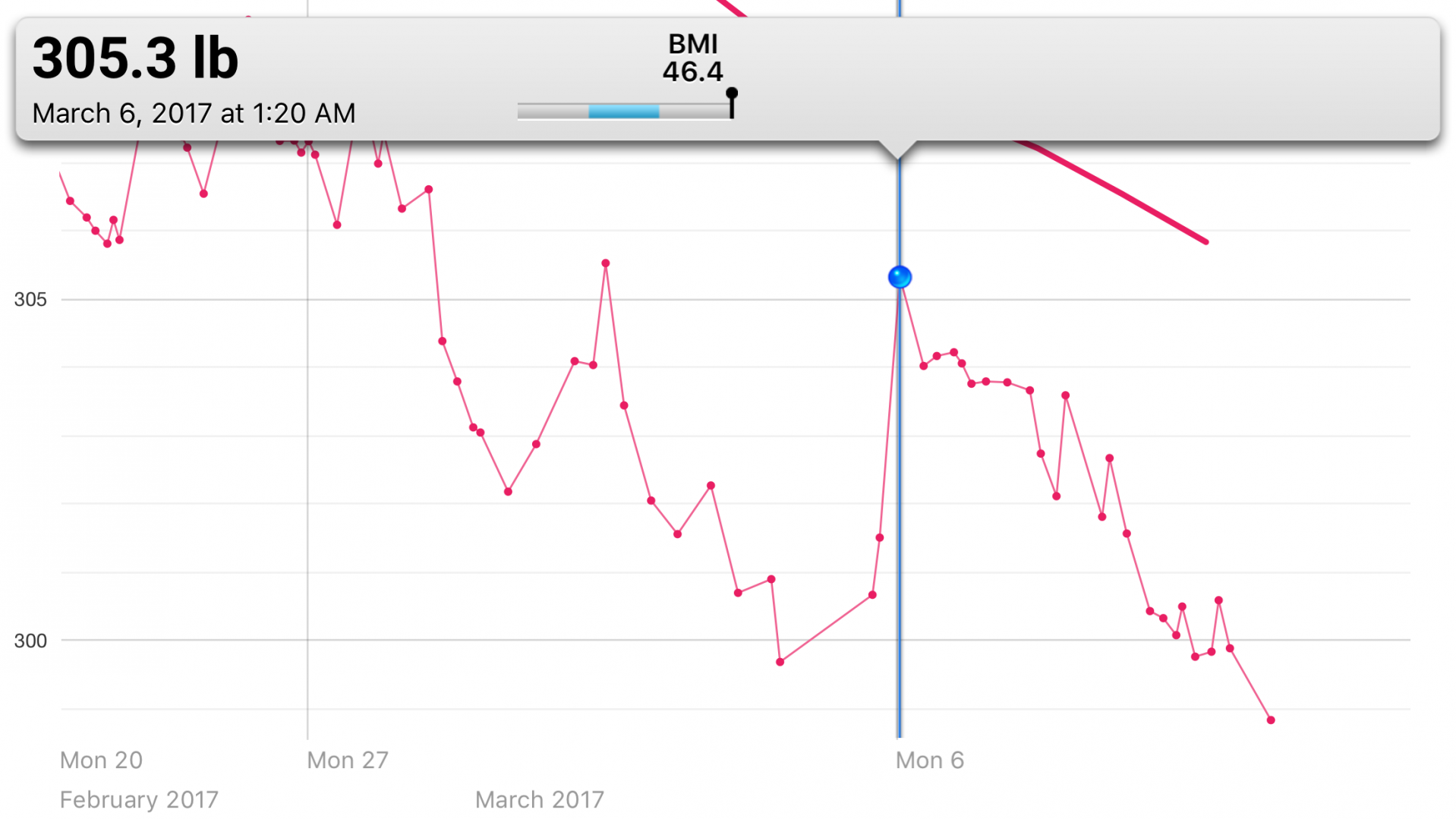 You can also see from the same graph how it started coming back down right afterward. I went back to sticking to my diet, took a few extra walks, and now the best part is, almost exactly one week later, all the damage done from “The Birthday Bounce” is gone, and I’m not only back under 300, but I’ve dropped even farther down and landed myself even farther down to 298.8! 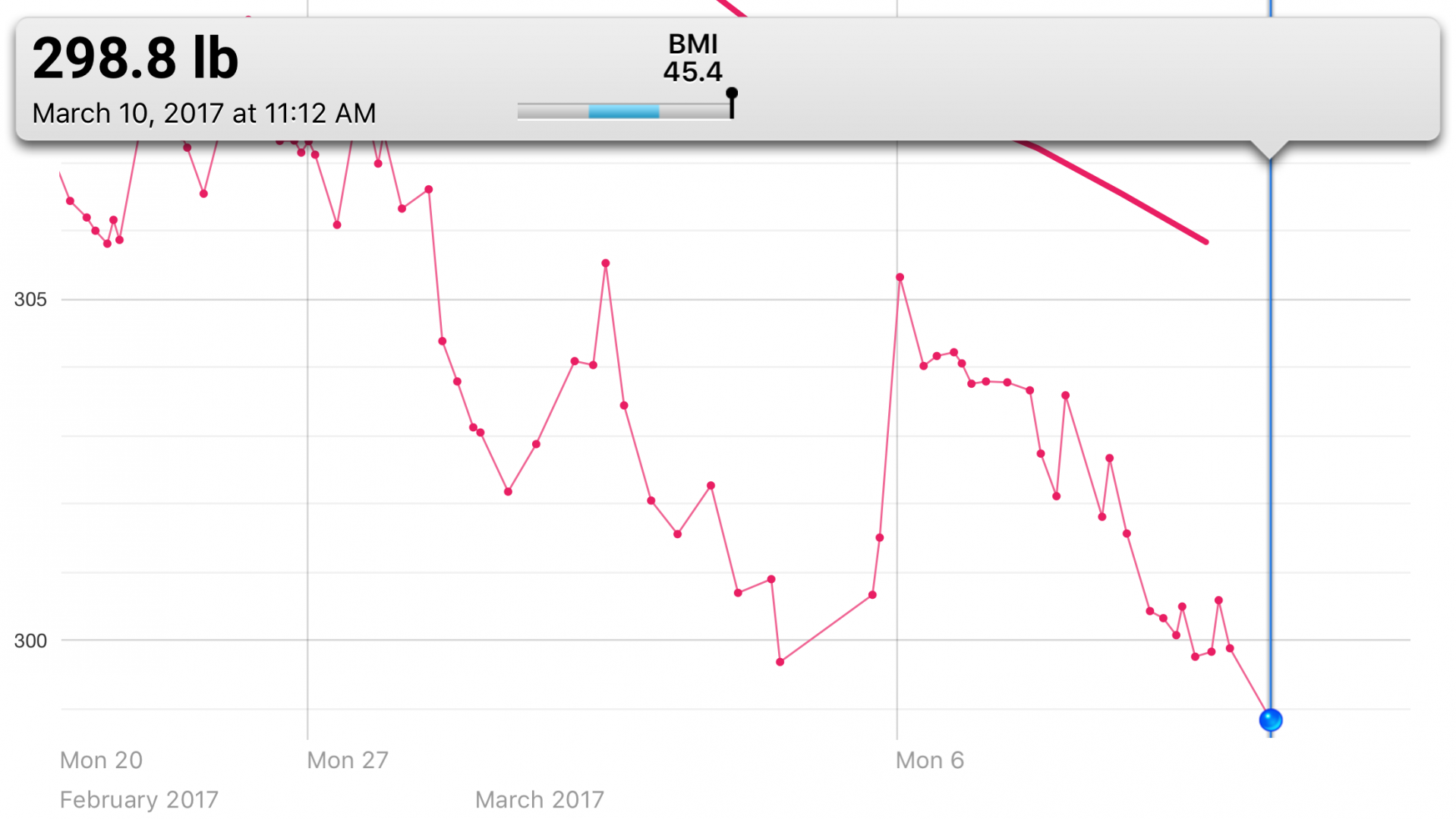 While I’m pretty excited about it, I’m not going to celebrate yet, since I based my real achievement on the 7 day average weight, which I’ll explain in another post next week, but it does still feel pretty damn good to reach a goal, even if you know you’re about to have another weekend of bananas amounts of fun and probably bounce back up a little bit!! Like I said though, more on that early next week!!