I keep stressing the important of watching my AVERAGE weight as opposed to my daily weight, and how fitting that this weeks end-of-week weigh-in turns out the way it did. I do weigh myself every day still, but I’ve been using my 7 day moving average weight as my true measure of progress. For instance, twice now, my weight has actually gone up a bit, even after a hard day of solid workouts. I know I didn’t eat too much yesterday, I know I worked out harder yesterday than I did the last few days, but when I woke up this morning my weight had actually gone up a pound!

A lot of people, including myself would take that as discouraging, or that they had done something wrong. The truth is, everyone who’s said it has been right, your weight will fluctuate a little bit. So if you look at the raw data on my stats page, you’ll see that the blue line representing my daily weigh-ins does bounce up a few times and even when it doesn’t, the rate of weight loss is pretty varied. However, that red line of average weight has been on a steady decline since the first day. The rate varies a little, but even with the two upticks in daily weight, the average hasn’t gone up even once. THAT, simple mathematical fact is what helps me stay motivated. 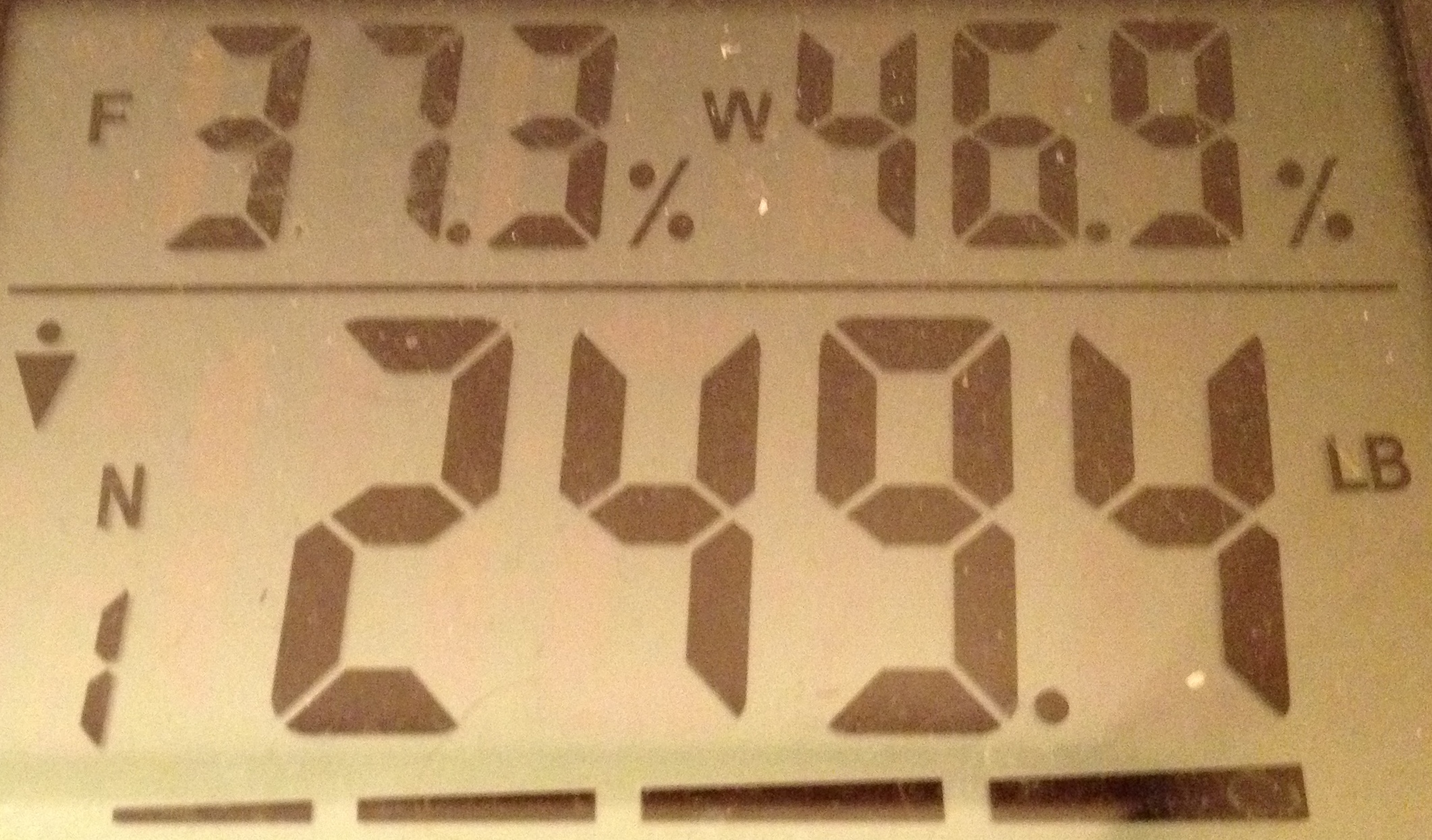 Maybe later with all the pictures from the last few nights I’ll put up pictures from over a month ago compared to now and we’ll see if there’s a difference. Now for a relaxing weekend of working out and seeing friends! 🙂