Yeah, you heard me… it must be in a union! Not even bankers need a break after an hour! But more on that later, for now: another picture of another new all time low on the scale this morning. 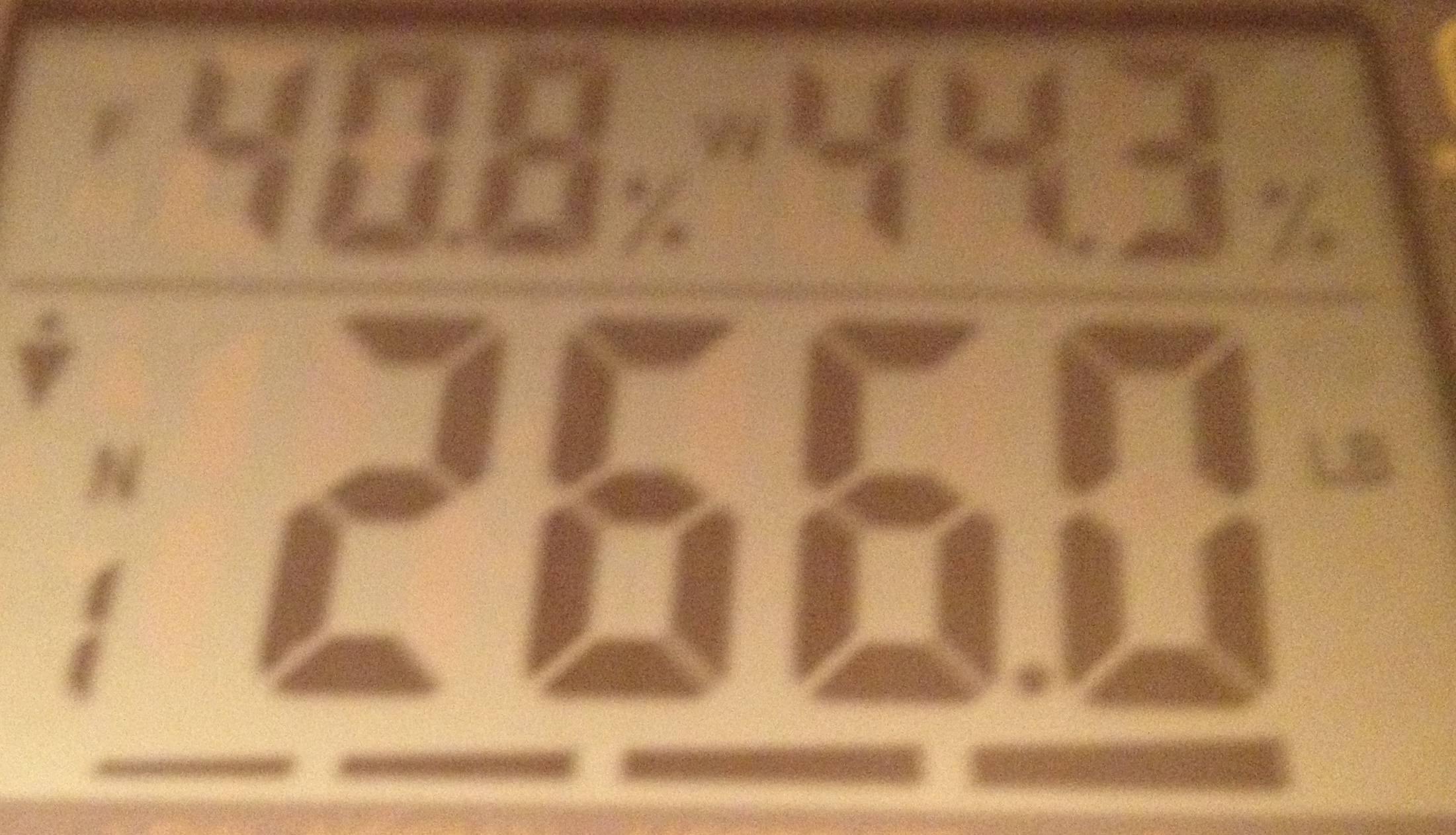 BOOM!! That’s right… 266 pounds on the nose. I know it’s just be beginning of what’s going to be a long journey for me, but nice to see the scale reflect the hard work so quickly. Speaking of hard work, of course I turned in another morning workout, this time with a bit of a hitch. I found out the hard way that my treadmill automatically stops after exactly one hour… so just as I was running out my last little bit to end with a bang…. BANG… the treadmill stopped! hahaha Don’t worry though, I jumped right back on and push out the last for 1/10ths of a mile.

I do have plans after work today… so I’m not sure if I’ll get in a second workout. That’s why I pushed and did the full 3 mile daily goal this morning, but we’ll see!

[UPDATE] I need a little extra, so a crushed out a second workout: Day #4.5

I guess from now on I need to make sure that I get my 3 miles done in less than an hour. Damn treadmill!